Using VSCode? This issue needs 20 upvotes to get worked on

^ looks like they will move this issue to the backlog if it receives 20 upvotes. Advertising here so that we get better support for OCaml in VSCode

All this needs is 20 upvotes? I didn’t even realize I could ask for this feature, despite enjoying it everywhere else.

I also did not know it was a vscode thing. I thought it’s something the extension itself can handle.

Any examples of error locations that the terminal doesn’t match? For example, if I break my code and compile I already get the underline

as a link, which isn’t ideal as it doesn’t match the entire location, but it jumps to the right file and line.

(How come I had to resort to BBCode to underline that instead of Discourse supporting an underline tag. It was that or abusing <ins>.)

On the reddit discussion for this topic, someone pointed out the place in the vsccode codebase that needs to be changed (it is unfortunately not a place that plugins can change themselves), and I think it would be rather easy for a vscode user from the OCaml community to contribute a new regexp pattern there, probably easier than gathering votes and waiting for vscode maintainers to step in. 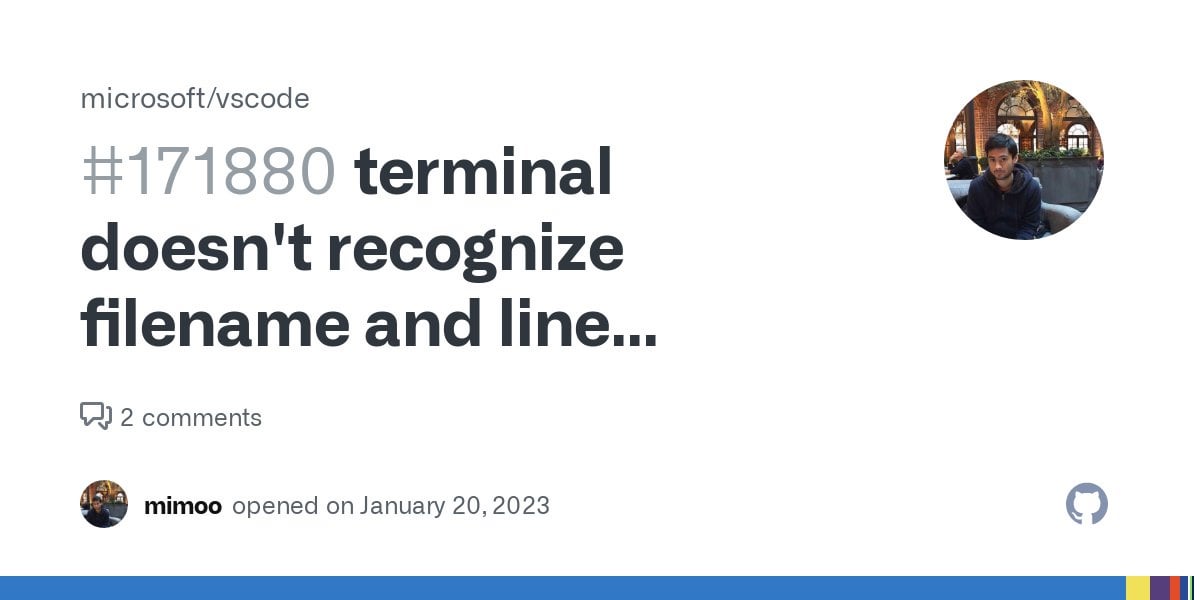 r/ocaml - using vscode? This issue needs 20 upvotes to get worked on

(This is not a criticism of the current topic, raising awareness of this issue is a good idea. I’m adding a “call for volunteers” in addition to the “call for upvotes”.)