The problem is its complete and unapologetic reliance on janestreet Base/Core/Async’s API, which requires additional setup by the user, and overrides the standard library in quite an opinionated manner. It’s adding lots of complication to a beginner’s learning journey I feel.

So many beginner questions about the language stem from confusion around what I like to call “Core-isms”; the book introduces its reader to relatively wider parts of the language right at the beginning than basic OCaml, of those I recall global open, named and optional arguments, first-class modules before even functors, ppx, locally abstract types vs universal quantifiers vs unification type variables, … these all have their interesting semantics that often result in repeated beginner questions.
And of course, onlookers have to be exposed right away to… beaten horses… in the community, such as “Stdlib is not adequate for general-purpose programming”, “polymorphic comparison is evil”, “exceptions vs option/result” (which also ties to the M-word), “OCaml is bad at polymorphic code because of value restriction” (so you should use modules soon and often), …
Additionally, the book really dives deep into many things about OCaml that you don’t often see in introductory text, like the runtime representation of OCaml values, the compiler frontend and backend, the compilation strategy, the garbage collector, ffi and binding, serialization, …

I think its role is better fulfilled as an intermediate book, for someone who’s already learned how OCaml works and would like to grow with it. I’d rather we rely on simpler, more self-contained introductory material for beginners.

That all said, I’d like to hear your opinions… Do you disagree? Do you see RWO as the most suitable introduction book for beginners? Also, are you familiar with other languages which have introductory material that also ties this strongly into an external ecosystem (Or is this something unique to us)?

Nah, its good. People should know about beaten horses. Polymorphic compare is bad and should be known about,ppx is the only way to reduce amount of senseless boilerplate. And about jane street libeary ecosystem: its great, its not just a replacement for a gaunt stdlib that comes with the compiler.

Welcome back! Opinion is definitely appreciated

People should know about beaten horses.

All of these discussions are worth having don’t get me wrong, and part of one’s growth with the language is learning about its peculiarities. It just doesn’t seem like the right burden to have someone learning the ABCs of the language carry.

And about jane street libeary ecosystem: its great

For me janestreet’s ecosystem brings with it lots of friction if you’re not 100% in on it. I’m not. Many things coming from there are sorely needed and often have high quality, I must admit, but I’ve had bad experiences too, with docs and with the way they architect their libraries (lots of aliasing lots of fcms lots of abstract interfaces…). ppxlib is a recent cause of pain for me. And that’s as someone who has some experience with the language.

One of my earliest memories with OCaml (I too was recommended RWO) was huge confusion around fcms vs functor syntax. In Stdlib you’d do module M = Map.Make(String) whereas in Base it’s let empty = Map.empty (module String). The distinction may be apparent to you today, but imagine yourself as a beginner with zero context on the language, the difference between module level functor application and value level function application, the subtleties of the syntax and where the module keyword should go, the whole type _ comparator = (module Comparator.S with type ...), these are all complexities you have to face when you don’t need to as a beginner.

A good guiding principle I’ve seen the designers of Swift mention before (I don’t remember when though, sorry!) was their emphasis on gradual exposure progressive disclosure of complexity. I think that is super important in an introductory material, as well as in language/api design in general.

I don’t think it’s even intended as a beginner’s book. I think it’s recommended to beginners because there are not many other options, especially if we restrict the search to more up-to-date books that show more realistic programs as examples and not only textbook-style code.

What other modern books can people recommend? I know that @dmbaturin wrote the following book, which uses the standard library: GitHub - dmbaturin/ocamlbook.org: A free (as in freedom) OCaml textbook. However, it is a work-in-progress.

What other modern books can people recommend?

For beginners there is

There’s a coursebook based on a course at Cornell (which also includes video lectures for each chapter) that has been highly recommended in the past:

There’s a nice introductory book with a more algorithmic focus, in French:

The next two books are excellent, but sadly they are outdated, so they cannot be recommended to beginners. However, for readers with some experience, they are a gold mine.

The first one is my personal favorite (in French), straight from the horse’s mouth:

The second one is in English and is not available for free:

@hyphenrf said out loud what everyone else was thinking.

Lately I recommend the following as introductory material:

There’s a coursebook based on a course at Cornell (which also includes video lectures for each chapter) that has been highly recommended in the past:

It has exercises too, which is the only way to really learn anything. Otherwise if you don’t actually try things out in the practice you may realize that you haven’t actually fully understood the material, or that the material hasn’t covered everything and there is a crucial piece missing that you have to discover for yourself. You don’t have to do all the exercises (some of them are more “algorithmic” exercises than about learning the language), but doing a few is recommended.

For beginners there is

I think this one is for those who are beginners to programming as well, and I can’t judge how well suited it’d be for that purpose (usually the people I recommend OCaml learning material for already know another programming language)

There aren’t that many books in OCaml unfortunately

RWO is on my book shelf for now, as I’m going through “OCaml from the very beginning” first.

I’m glad I bought it! It’s a wonderful, wonderful book, so well put together.

Since I’m French, I also bought the book “programmer-avec-ocaml”, which I was very disappointed with. I stopped very early after rendering the Mandelbrot set section so I intend to get back to it at some point. But anyway, I couldn’t imagine any non-french speaking individual getting anything out of it.

From what I can gather, Core has introduced breaking changes to “make things better”, such as pushing the programmer into not raising exceptions, etc. so if this is the case, it looks like a good call to me and I’ll gladly read that book and see what techniques it recommends.

To me, this sounds a lot like the arguments in the Haskell community where no one can agree on how to make the standard library evolve because of breaking changes so it stays with its cruft, which is “subpar” by today’s standards.

Has someone gone through the RWO book and ported all of the code using Jane St libraries to use other libraries instead?

I only know of GitHub - dkim/rwo-lwt: Lwt Translations of the Async Code Examples in Real World OCaml but it is not portimg all the code

In an article, I kind of wrote some getting started in OCaml material.
I even said which parts of the online manual are essential, and which parts you can happily skip IIRC: 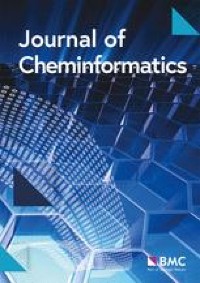 Background OCaml is a functional programming language with strong static types, Hindley–Milner type inference and garbage collection. In this article, we share our experience in prototyping chemoinformatics and structural bioinformatics software in...

One problem with Core is that once you depend on it, it pulls the whole Jane Street ecosystem with it and you start to compile and install a crazy lot of things with opam (I am an impatient user of computers, so this it not OK with me).
Also, their interfaces are very “type heavy” and at least to my taste sometimes this impedes programmer productivity.

When I learned OCaml, the company I worked for recommended specific chapters of Real World OCaml. It is a good intro book, but beginners can stop after chapter 7 unless there’s something specific they want to know if later chapters.

Now that Base and Core are separate, is there any reason not to use Base?