Welcome to the May 2021 Multicore OCaml monthly report! This month’s update along with the previous updates have been compiled by @avsm, @ctk21, @kayceesrk and @shakthimaan.

Firstly, all of our upstream activity on the OCaml compiler is now reported as part of the shiny new compiler development newsletter #2 that @gasche has started. This represents a small but important shift – domains-only multicore is firmly locked in on the upstream roadmap for OCaml 5.0 and the whole OCaml compiler team has been helping and contributing to it, with the GC safe points feature being one of the last major multicore-prerequisites (and due to be in OCaml 4.13 soon).

This multicore newsletter will now focus on getting our ecosystem ready for domains-only multicore in OCaml 5.0, and on how the (not-yet-official) effect system and multicore IO stack is progressing. It’s a long one this month, so settle in with your favourite beverage and let’s begin

The multicore compiler now supports CTF runtime traces of its garbage collector and there are tools to display chrome tracing visualisations of the garbage collector events. A number of performance improvements (see speedup graphs later on) that highlight some ways to make best use of multicore were made to the existing benchmarks in Sandmark. There has also been work on scaling up to 128 cores/domains for task-based parallelism in domainslib using work stealing deques, bringing us closer to Cilk-style task-parallel performance.

As important as new features are what we have decided not to do. We’ve been working on and evaluating Domain Local Allocation Buffers (DLABs) for some time, with the intention of reducing the cost of minor GCs. We’ve found that the resulting performance didn’t match our expectations (vs the complexity of the change), and so we’ve decided not to proceed with this for OCaml 5.0. You can find the DLAB summary page summarises our experiences. We’ll come back to this post-OCaml 5.0 when there are fewer moving parts.

Ecosystem changes to prepare for 5.0.0 domains-only

As we are preparing 5.0 branches with the multicore branches over the coming months, we are stepping up preparations to ensure the OCaml ecosystem is ready.

Making the multicore compilers available by default in opam-repo

Over the next few week, we will be merging the multicore 4.12.0+domains and associated packages from their opam remote over in ocaml-multicore/multicore-opam into the mainline opam-repository. This is to make it more convenient to use the variant compilers to start testing your own packages with Domains.

As part of this change, there are two new base packages that will be available in opam-repository:

By adding a dependency on these packages, the only valid solutions will be 4.12.0+domains (until OCaml 5.0 which will have this module) or 4.12.0+effects.

The goal of this is to let community packages more easily release versions of their code using Domains-only parallelism ahead of OCaml 5.0, so that we can start migration and thread-safety early. We do not encourage anyone to take a dependency on base-effects currently, as it is very much a moving target.

Adapting the Stdlib for thread-safety

One of the first things we have to do before porting third-party libraries is to get the Stdlib ready for thread-safety. This isn’t quite as simple as it might appear at first glance: if we adopt the naïve approach of simply putting a mutex around every bit of global state, our sequential performance will slow down. Therefore we are performing a more fine-grained analysis and fixes, which can be seen on the multicore stdlib page.

For anyone wishing to contribute: hunt through the Stdlib for global state, and categorise it appropriately, and then create a test case exercising that module with multiple Domains running, and submit a PR to ocaml-multicore. In general, if you see any build failures or runtime failures now, we’d really appreciate an issue being filed there too. You can see some good examples of such issues here (for mirage-crypto) and here (for Coqt).

As I mentioned last month, we put a call out for libraries and maintainers who wanted to port their code over. We’re starting with the following libraries and applications this month:

This is hopefully a signal to all of you to start “having a go” with 4.12.0+domains on your own applications, and particularly with respect to seeing how wrapping it in Domains works out and identifying global state. You can read our handy tutorial on parallel programming with Multicore OCaml.

We are developing some tools to help find global state, but we’re going to all need to work together to identify some of these cases and begin migration. Crucially, we need some diversity in our dependency chains – if you have interesting applications using (e.g.) Async or the vanilla Thread module and have some cycles to work with us, please get in touch with me or @kayceesrk .

The effects-based eio library is coming together nicely, and the interface and design rationales are all up-to-date in the README of the repository. The primary IO backend is ocaml-uring, which we are preparing for a separate release to opam-repository now as it also works fine on the sequential runtime for Linux (as long as you have a fairly recent kernel. Otherwise the kernel crashes). We also have a Grand Central Dispatch effect backend to give us a totally different execution model to exercise our effect handler abstractions.

While we won’t publish the performance numbers for the effect-based IO this month, you can get a sense of the sorts of tests we are running by looking at the retro-httpaf-bench repository, which now has various permutations of effects-based, uring-based and select-based webservers. We’ve submitted a talk to the upcoming OCaml Workshop later this summer, which, if accepted, will give you a deepdive into our effect-based IO.

As always, we begin with the Multicore OCaml ongoing and completed tasks. The ecosystem improvements are then listed followed by the updates to the Sandmark benchmarking project. Finally, the upstream OCaml work is mentioned for your reference. For those of you that have read this far and can think of nothing more fun than hacking on multicore programming runtimes, we are hiring in the UK, France and India – please find the job postings at the end!

Our thanks to all the OCaml users, developers and contributors in the
community for their continued support to the project. Stay safe!

There is a lot of interesting action here. The work-stealing support in DomainsLib.Task is impressive, congratulations @ctk21. It’s also nice that you decided to update the benchmarks to follow evolving best performance practices, as it makes them interesting examples to look at. I haven’t had time to look at eio at all, also looks quite interesting!

Just a small heads up for anyone who is subscribed to the thread - the safepoints PR was finally merged, yay!

I am interested in maintaining a git branch of parany that would use OCaml multicore
instead of forked processes (the current backend): 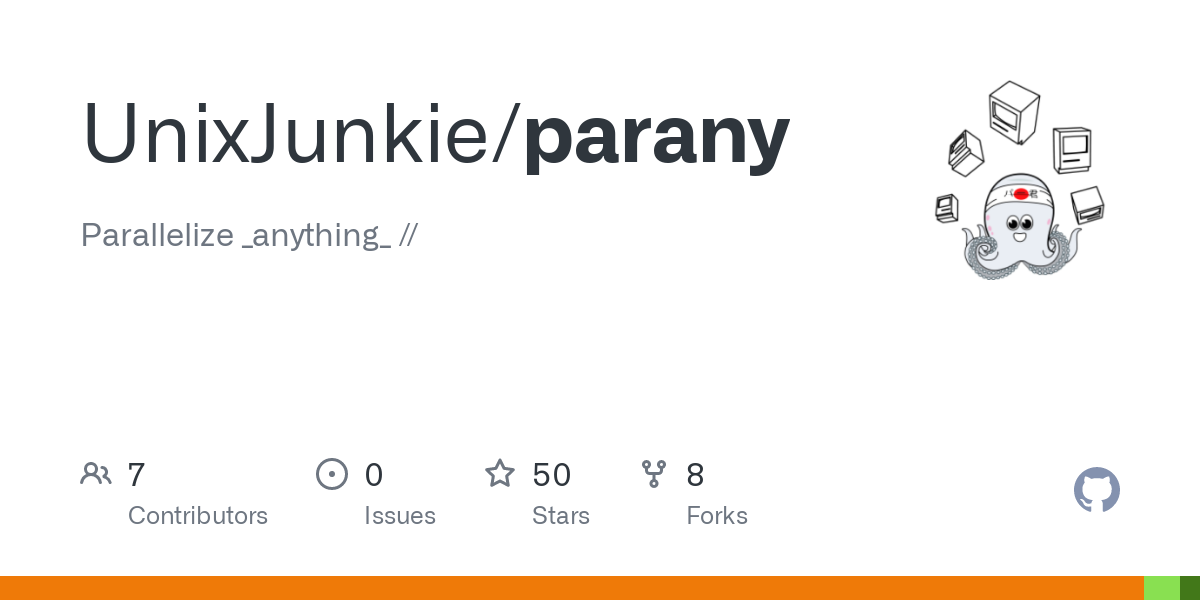 Parallelize _anything_ //. Contribute to UnixJunkie/parany development by creating an account on GitHub.

I don’t know when this will happen, but I prefer changing this library
rather than porting all my parallel software (I have quite a few) to multicore-OCaml.