I have a hunch that large systems benefit from using message queues to communicate: messages permit asynchronous communication and the details of a queue (length, throughput) give insight into the workload of a system. Are there OCaml libraries or frameworks that support such an architecture, possibly including RPC mechanisms? I believe Lwt uses queues in its implementation but I believe they are not meant to be observed by client code. Sorry if this sounds vague - I’m just trying to explore the landscape.

You mean things like ZeroMQ? There are ZeroMQ bindings for OCaml. (More than one IIRC.)

That looks interesting. I was also thinking about something with an Erlang flavour but implemented as an OCaml framework.

I’m unaware of anything that implements the OCaml message passing paradigm but I agree that such a library would be interesting.

There’s also https://github.com/essdotteedot/distributed — I haven’t used it yet but it looks interesting.

I don’t know if you saw this thread from several days ago, but I am too in search of this grail

What are my options for doing Native OCaml <=> Erlang <=> Browser (js_of_ocaml and/or bucklescript) RPC? Ecosystem

I’ve been reading about various ways of doing RPC, though still haven’t started testing… but I am already quite lost. Here is what I know so far, please correct me for where I’m wrong and other suggestions are very welcome. gRPC - Currently not available for OCaml, as there is no HTTP2 support Apache Thrift - seems to be officially supported by Apache, but really doubtful it will work in the browser piqi - this project seems to be quite silent since 2014. I asked here if it will work in the b…

Still haven’t settled on a solution though

As much as I like Actors, they don’t suit typed Functional Languages well, from an API perspective.

If you’re willing to implement something from scratch, that’s closer to Ocaml’s natural semantics, look through the code of Async and the STDLibs ConcurrentML implementation, and figure out how to make it network based on top of ZMQ, or stick to the RPC model.

I am curious about

As much as I like Actors, they don’t suit typed Functional Languages well, from an API perspective.

Can you explain why?

I highly recommend ZMQ for distributed programming in OCaml.
https://github.com/UnixJunkie/daft used it.
Forget about RPC. Design your protocol: which agent generate which messages, receives which messages and what are the message types.
Then, let the type system tell you where to fill the holes.

Yeah, I am also curious if there’s any OCaml’s framework using message queues to communicate.

As far as I know, there’s a 1 Billion DAU app which is called “WeChat” uses that framework. 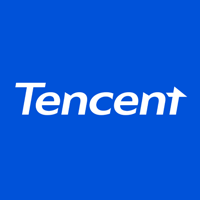 A simple C++ based RPC framework. Contribute to Tencent/phxrpc development by creating an account on GitHub.

Some of the highlights:

I’m not sure the thread mechanisms of OCaml, for example, does OCaml support worker thread and io thread? I know ZMQ is amazing, but I think threads share the same memory is much efficient.

Sorry for the very late response, but basically it’s not so much functional languages, as the ones that rely very heavily on the type system,

Basically an actor in most languages is implemented the following way it can receive any type which afaik ocaml doesn’t support reflection and any actor in the actor system can communicate with eachother, and there is no output type, so even if you get around it by forcing an input type on actors your flexibility is diminished when you implement it in ocaml, and it’s hard to compose.

You can get around some limitations with objects, but who the fuck uses objects in Ocaml, without alarm bells going off.

You can’t pass around the nice convenient {op, arg_a, arg_b} style tuples like you can in erlang.

Not to mention implementing the actor system itself is a bit of a headache in Ocaml.

GenServer is an entirely different story.