Advantages of OCaml over Rust

I can’t think of one such JS application.

JS does algorithmic trading. I wouldn’t be surprised if they did have some tough real time constraints.

I am frankly surprised to hear anyone is doing the real-time part of HFT stuff in JavaScript, but now that you’ve informed me they are, I’m going to silently shudder off in the corner for a while.

Oh! If that’s what’s being referred to, I’m under the impression, given that they build hardware, that although almost everything there is OCaml, the stuff that has to respond in real time is probably doing the work in hardware…

Yeah. After the original post, I realized that I’d ended up with “JS” in the first sentence, and revised it to say “Jane Street”. @perry must have seen the original version, and read it in a natural way. My fault for posting too quickly.

Oh! If that’s what’s being referred to, I’m under the impression, given that they build hardware, that although almost everything there is OCaml, the stuff that has to respond in real time is probably doing the work in hardware…

Nope! We write a ton of soft-real-time applications in OCaml, where we have programs that turn around packets in single-digit microseconds, and process millions of transactions per second on a single-core OCaml program.

You need to adopt a very particular programming style where you allocate very little and promote nothing; but OCaml is actually a hospitable home for such programs, once you learn how to write them.

I used to think that linear and affine types were going to be more important for writing these kinds of applications. But while these programs have to recycle objects and therefore need to be cognizant of lifetimes, the disciplines around this tend to be very simple, and I don’t know of any bugs we’ve hit because of these cases. So I’m now less sure that that’s the place I want to spend my type-system complexity budget…

You need to adopt a very particular programming style where you allocate very little and promote nothing; but OCaml is actually a hospitable home for such programs, once you learn how to write them.

I’d love to see an article about this programming style. I personally can’t imagine avoiding allocation in OCaml.

I once saw a Java based ECN (that is, a securities exchange) that had been written to essentially never allocate ever. It worked and had high performance with no garbage collections, but the code style was very peculiar as a result of the constraints. I think I’d rather synthesize imperative code that didn’t allocate than have to write it by hand. I’m not sure what OCaml code that operated on the same principles would look like but it would be interesting to see.

There are two kinds of allocation worth avoiding where possible in performance critical sections OCaml programs:

At least that’s what my intuition tells. Me corrections and additions welcome.

OCaml is surprisingly good about letting you switch in and out of this style, on a module by module basis.

It’s not quite a zero-alloc application, but Incremental is a good example of a library that has been heavily optimized to avoid allocation, and does a few tricks using the OCaml’s unsafe APIs to make it possible. 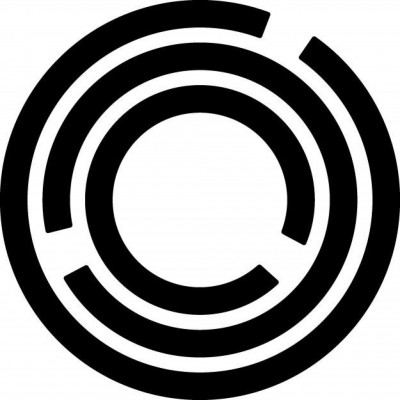 Rust, for what it’s worth, also requires you to use unsafe APIs to do the full range of things that are required in a high-performance system that makes good use of the hardware.

Looking at incremental, I get the impression that it’s mostly about using imperative code and avoiding functional features, which is… ok, I guess. It makes sense to do this for high performance libraries, but I wouldn’t want to do it for an entire codebase. You could use OCaml as an OOP language as well, but that’s not something I’d ever want to do, either.

It would be nice to have a way to keep track of code patterns that allocate minimally or not at all with flambda as it advances.

Also, this makes me think we really want to work on flambda inter-operating with non-flambda code, so that performance-critical libraries can compile with flambda and still allow other code to benefit from faster compilation.

Re: low level programming in otherwise garbage collected HLLs, one of the best tricks I’ve seen was done I think by Scheme48. The idea was to program in a fairly non-idiomatic subset of the language that could be mechanically compiled into a low level language (like C). You could then implement and debug in your favorite language, albeit a very stilted and unnatural version of it, and then convert in the last step into a very efficient language.

Programs written in systems like YNot and Bedrock can also be converted pretty mechanically into low level languages while still retaining their formally verified properties, while still being worked on and debugged in a high level functional system.

The thing incremental is doing is fundamentally imperative. It’s implementing the runtime for a functional-style DSL, which involves manipulating an imperative graph.

And I’m not embarrassed about writing imperative code. OCaml is an excellent imperative (non-OO) language, and when you want maximum performance, that’s often how you need to write your code. One of OCaml’s strengths is that it’s effective in multiple modes.

One of OCaml’s strengths is that it’s effective in multiple modes.

Indeed. One frustration I have had with pure functional languages was that when a stateful solution is clearly less painful, there is no escape from the purity. OCaml provides a nice balance.

https://github.com/fstarlang/kremlin implements a similar mechanism in a industrial strength way. I think some recent version of Mozilla Firefox is using tls lib developed in it. Basically you can program in a high level functional programming with proof and verification and then target c and thus avoid gc. Of course ocaml plays a star role in enabling this.

The decisive advantage: OCaml is a French technology made at INRIA.

You might find this article interesting – it explains how to profile heap allocations and how to rewrite code in mostly stack-friendly style:

use ocaml unless you really need rust.

use ocaml unless you really need rust

That’s my general feeling, too. OCaml is a good every-day language for most things, Rust is probably the right choice for building things where performance really matters. I’d use OCaml to build a compiler or a system utility, but Rust to build a high performance microkernel. You probably will want to reach for OCaml a lot more often.

use ocaml unless you really need rust.

I agree with that sentiment, but it’s not that simple. OCaml does not have the libraries and the ecosystem to make that viable. In fact, I learned Rust because I wanted a language with advanced PL constructs that supported the technologies that I use on a daily basis. I would not have discovered Rust if OCaml had the libraries that I needed. I’m glad I learned Rust though. It’s great for specific use cases, and I ran into one (sidecar container) sooner than I expected.