Right, and to do this for the start of the second field, requires full parenthesis-matching of the text of the first field, yes? It sounds like this approach re-scans a deeply-nested subtree approximately O(depth-of-nesting). Or something like that. That’s my question.

Yeah, but the first pass is significantly less expensive that the second. You only have to allocate nodes in a list for memorizing the starting positions of each field. Outside of that, the first pass is linear in space for the parenthesis stack, and in time in the size of the input.

To use this effectively, Orsetto first converts the source text to a Uchar.t Seq.t with a UTF transport, then scans that into a persistent sequence (can be an array) of Json_event.t values with a Unicode lexical analyzer, and finally uses a second parser combinator that uses Json_event.t for the input symbol. Passing the nst/JSONTestSuite is hard, but this approach seemed to let me pass tests that other OCaml JSON parsers fail.

The parser does have a function that will accept any well-formed JSON syntax and return the whole tree. It would be the usual pain in the neck to decode that into an application data structure. I include it mainly because it’s useful to be able to pass around raw syntax trees as opaque representations of an external type that you don’t decode.

…that’s what JSON Schema ought to be for, if they’d only designed it right…

I do not very much love JSON Schema.

In my day job, we use something very much like G* protocol buffers — mostly a workalike with additional features that G* doesn’t think are important. There is something to be said for an all-singing all-dancing IDL that compiles down to scanner and formatters for your application data structures in your programming language. I cannot deny that.

I’m very skeptical that IDL specifications make for good protocol specifications for inteoperability at Internet scale, and I think JSON Schema is a terrible substitute for a proper IDL, because after you’ve validated that JSON text according to its schema, you’re still left with an abstract syntax tree that you need to navigate with something like JSON Path (or handcrafted code that traverses the tree).

Anyway, all of this is to explain why I’m not enthusiastic about JSON and I much prefer CBOR where I can use it instead. The CDDL language for specifying CBOR and JSON grammars is, in my view, better than JSON Schema, and it’s notable that the CDDL specification goes out of its way to tell you that CDDL is not an IDL and doesn’t want to be one.

A parser which backtracks by default is not very efficient.

I’ve no idea who is correct, but since I was just reading this… 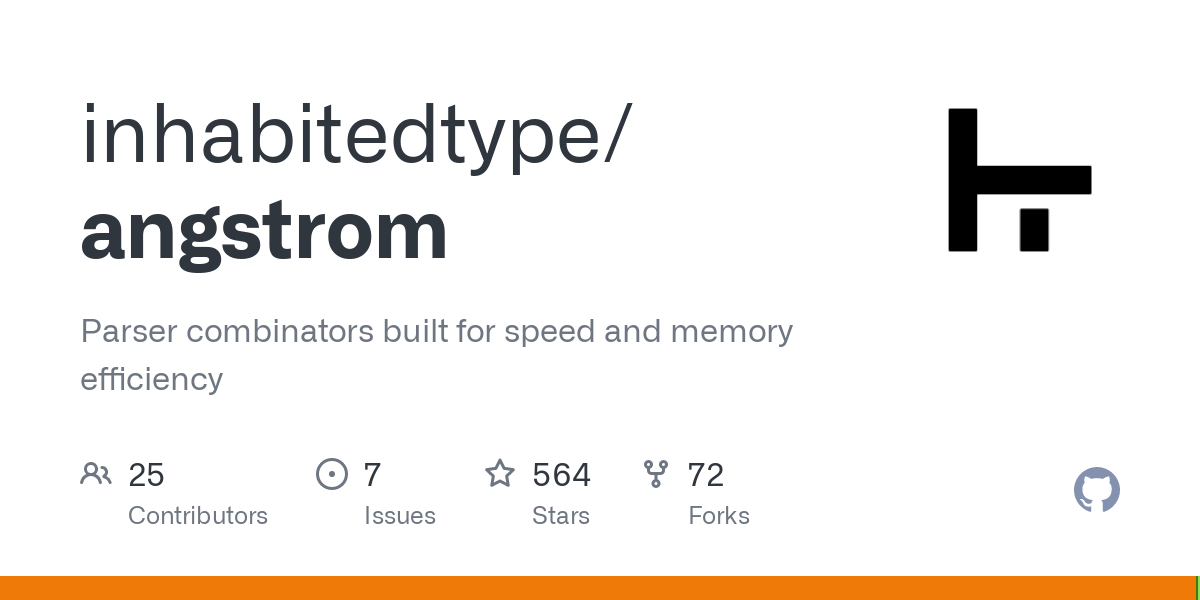 Angstrom is a parser-combinator library that makes it easy to write efficient, expressive, and reusable parsers suitable for high-performance applications.
…
Parsers are backtracking by default and support unbounded lookahead.

So there’s at least one parser lib which is backtracking by default and also makes claims of efficiency and performance.

If you store all the consumed tokens in a random accessible data structure then unconsume operation has no additional cost. You just reset the input pointer. However you have to store all incoming tokens. When you parse a string even this does not cost anything, because the string is the data structure. If you parse a file, then storage costs.

The next performance relevant fact is the waisted parsing done already. All the partial syntax trees already constructed are thrown away. If the construction has been done on mutable structures, then some form of undo is necessary.

You can have a look at pacomb (available on opam & github). It uses parser combinators that run in parallel in some sense (using CPS style and a “scheduler”) and therefore do not backtrack in the usual sence. Although pacomb is not really intended to be used directly but as a target to compile a BNF.

More generally, with OCaml 5.0 and effect, you could probably produce very efficient combinators that parse your input in parellel.

Here is the comment explaing our combinators from file comb.ml

The problem is usually left recursion.

That’s right. Left recursion is not allowed in parsing expression grammars (PEGs). However this is usually not a problem. Left factoring is the solution.

Elimination of left recursion often introduces some issue with stack size in the action code. It is easier and more direct to translate a left recursive BNF using a specific fixpoint combinator dedicated to left recursion.