I am pleased to announce the v0 release of setup-dkml.yml, a GitHub Actions workflow for distributing executables or libraries to the public:

It is similar to the GitHub Action setup-ocaml but has several advantages when you are releasing a finished product to the public:

Even if you are not releasing to the public, if you are a package maintainer you may want to use both setup-ocaml and setup-dkml so that you get additional coverage for Visual Studio and MSYS2 on Windows, and coverage for an older GLIBC on Linux.

The full comparison matrix available at https://github.com/diskuv/dkml-workflows#readme is:

Put simply, use setup-dkml when you are distributing executables or libraries to the public. Use setup-ocaml for all other needs.

setup-dkml will setup the following OCaml build environments for you:

Thanks to the OCaml Software Foundation (OCSF) for their support of DKML. Enjoy!

There is a new major version 1.1.0 available. It is not backwards-compatible but it adds:

The only known issue is that GitLab CI/CD sometimes kills the Windows build of the OCaml compiler when using the shared GitLab SaaS runner; retrying the job usually fixes that.

If you had used the v0 series of the workflow, that version will continue to be supported for a few months but won’t get any updates unless the update is critical. 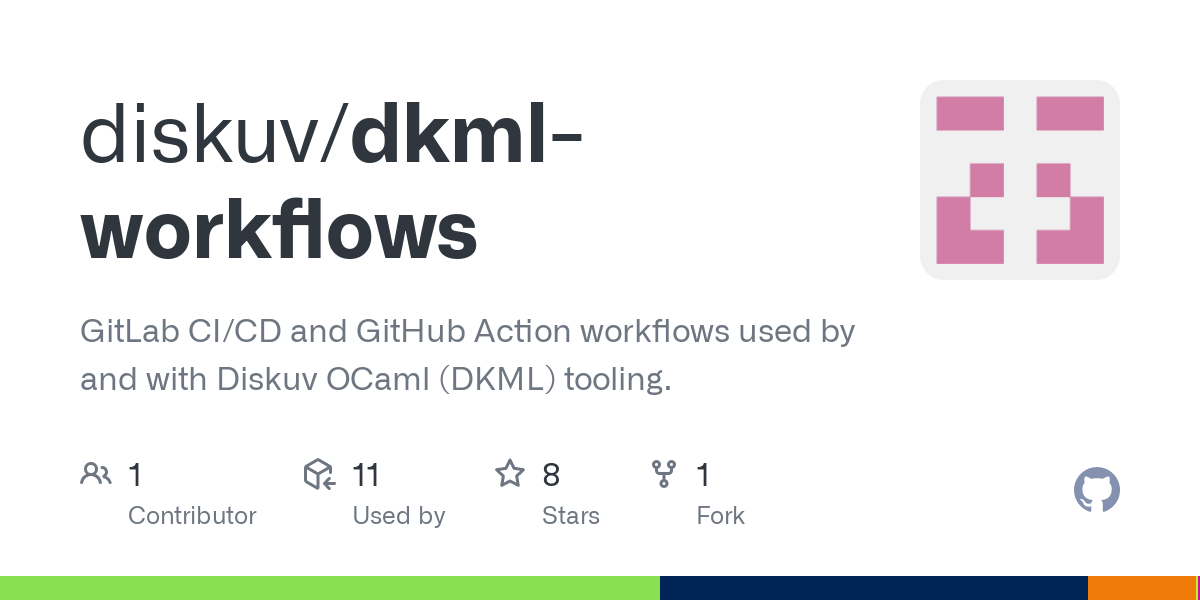 Upgrading? The most straightforward way is to introduce 1.1.0 into your project (see the link above) and only after it is working you should remove the v0 GitHub child workflow.